The book sector is improving with respect to recent years 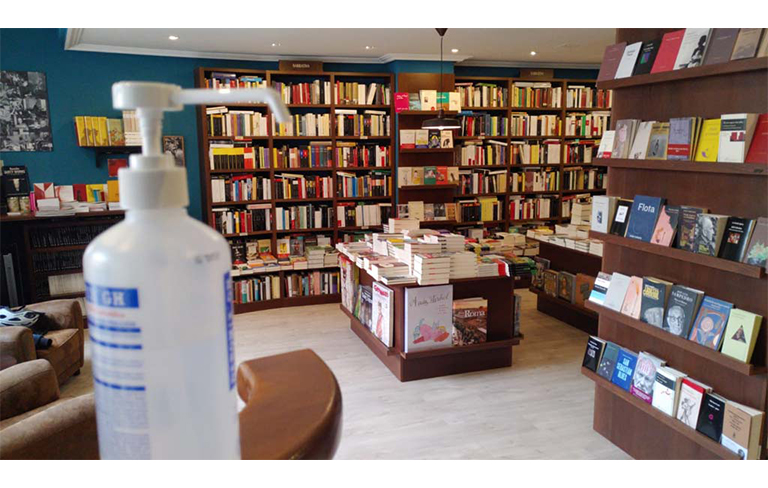 The book sector is closing the best year of the last decade. The challenges facing the sector are to broaden the reader base and improve the work of certain bookstores to make bibliodiversity a reality.

At the beginning of the pandemic, with the confinement and closure of bookstores, the publishing sector feared the worst, but almost two years later and still without leaving the health crisis behind, the results beat by far the most optimistic predictions: «The book is going through its best moment of the last ten years, and we are approaching levels before the 2008 crisis,» announced this Monday Patrici Tixis, president of the Gremi d’Editors de Catalunya, after confirming an increase in turnover this 2021 in Spain (not counting textbooks) that will exceed by 15% the figure of the pre-pandemic 2019.

In Publishnews we have chosen some peripheral and independent bookstores that carry out very important work for bibliodiversity. They, booksellers and booksellers tell us their reality and share with us data about this last pandemic year 2021.

In El Agente Secreto is Jose, who told us that for his bookstore located in Úbeda, the year has been good, «these years of the pandemic have not done much damage to the bookstore, although we are waiting for Christmas. It seems that this year will be weaker, but we hope that the trend will continue. Sales are up 15-20% over last year.»

Neither Pérez Reverte nor Julia Navarro have been the best sellers at El Agente Secreto. «Here they come to be advised by the bookseller, so the best-selling narrative book this year has been a Cabaret Voltare: Ana no. It’s a background book, it’s not a novelty, but we did a book club with it, and by word of mouth it has been the top seller of the season.»

El Agente Secreto is characterized by having the bookstore divided between the children’s genre and the rest of genres and themes. José told us that the best-selling story year after year is Leotolda, curiously another book that is not a novelty.

«The most complicated thing is to sell theater, but the book clubs help a lot to promote more neglected genres such as poetry or this one we are talking about. Thanks to the club, we have been able to move a lot Todos pájaros de La Uña Rota».

But El Agente Secreto opts for Automática Editorial: «It has been the best-selling publisher in the bookstore».

Regarding supply or stock-outs, the bookseller has not yet encountered any problems in general terms, but he has encountered a very specific problem with Carmen Mola’s La Bestia. «It has taken more than a month and a half to arrive». He thinks that «when there is a launch of an important author, the distributors first serve large bookstores or supermarkets and do not serve the small ones until they have finished with them».

We talked to Carmen Juan, one of the booksellers of 80 Mundos, as well as a writer and winner of the II Pablo García Baena Poetry Prize, published by La Bella Varsovia.

«The pandemic has been complicated. It is not a positive thing for anyone, but from the bookstore, we have noticed an increase in consumption that is due to the awareness of consuming local commerce. We are talking about 15% or 20%.

He comments that loyalty has been very noticeable. «We are a neighborhood bookstore, one of the nicest things that happen to us is that we can call people by name when they come in the door. In the pandemic we have tried not to stop the cultural activity that we had been offering during all the years of opening (1984)». The bookstore has managed to maintain its usual public during these two years, but they also notice that they have reached further afield. «This is reflected in web sales, people have understood that they can also buy locally on the web. Responsible consumption at the click of a button. There is no need to physically go to a site, although it is always appreciated. Online activities have also been much appreciated and have had an impact…», says Carmen Juan.

«Every month we highlight a publisher in the bookstore. During this year we cannot but talk about the work done by Editorial Automática. I think the Publishing House of the Year Award should be given to Automática«. For now, both the Úbeda-based bookstore and this Alicante-based one agree on outstanding independent publishing in 2022. «Commercial books sell themselves, but independent publishers are a thing for booksellers like us.»

We have also entered into issues of shortage, to which Carmen Juan has named the notable shortage of Almudena Grandes’ books. «There is no time or material because the printing presses are collapsed. Her death has meant a greater request for her books, something that always happens and therefore a shortage.»

It vindicates the role of booksellers with respect to smaller or medium-sized publishers: «the small, brave publishers that are taking the plunge in these difficult times have committed a folly, but therein lies the illusion and the work. The responsibility for making their books work lies with us: the independent bookstores. The role of booksellers is essential».

According to Rafael Arias, who represents and runs the Salamanca bookstore Letras Corsarias, «since the beginning of the pandemic we have done very well. The independent bookstores that have been able to create a loyal community have had positive responses. For example, in Salamanca, we always celebrate Book Day in the Plaza Mayor. Because of the pandemic we could not, so from the bookstore we proposed a gift card, but not the typical nominative voucher for oneself, but to be bought thinking of other people. This morally reinforced loyalty and also gave us some money we needed».

Also, during the confinement, they called their newsletter «Quarantine Letters» and it turns out they even got a response from people. All of that has carried over to sales. The pandemic has served to vindicate the book and the habit of reading. People have found in reading a form of evasion and concentration.

Rafa tells us that he was very afraid when the bars were going to reopen, in case they lost money or customers, but on the contrary. For Letras Corsarias this has been the best year in terms of sales, «even if it’s a drag to work with masks». With respect to 2019, «we can talk about an increase of approximately 15%».

In terms of sensations, everything is positive: «We feel that we have won people back. The average reader who had been lost in recent years has returned. And, although the numbers are always precarious, we are happy.

Letras Corsarias values good books without looking at which label is behind them. In its list of 100 favorites, books from independent publishers are the most important. Books worked, read, and selected by the booksellers themselves.

«The work of the bookseller is essential to filter and help customers sell. Our bookstore would not make sense without the small and medium-sized publishers. As we show in the bookstore, we place the books in such a way as to generate a dialogue with the reader, without even needing to talk to us. You have to have criteria in the organization of the bookstore. There is always an intention and a language behind it and I think we are very different from other bookstores in Salamanca or Madrid, for example».

The bookstore’s narrative book of the year was Leica Format by Automática. Also noteworthy is Desde la línea by Siruela. And, curiously, poetry: the National Poetry Prize, which this 2021 has been won by Miren Agur Meabe, Cómo guardar ceniza en el pecho. «These three books sell and have sold very well».