The publishing house from the inside: Editorial Malinc 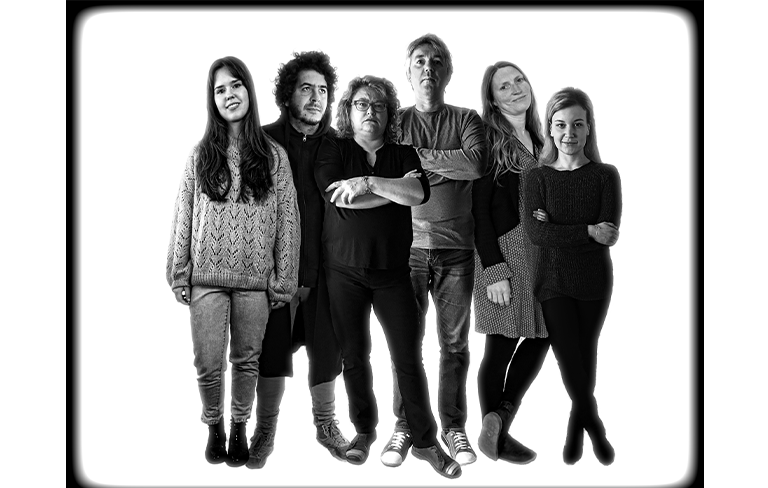 We spoke with publisher Barbara Pregelj and foreign rights manager Polona Konjedic of the Slovenian imprint Malinc, which specializes in children’s and young adult literature in their mother tongue and Spanish.

Malinc is a publishing house founded in 2012, where they run reading motivation projects with children from 3 to 16 years old; they organize training for future reading animators, literary evenings, round tables, and visits of published authors both in Slovenia and abroad.

Malinc was founded with the desire to see more book titles published, especially children’s and young adult literature, written and published in Spanish. Although it may seem strange, in Slovenia, both ten years ago and today, few translations from Spanish and other languages of the peninsula are published, that is why Malinc publishing house advocates bibliodiversity, publishing titles by authors in Spanish, Basque, Catalan, Galician and Portuguese, as well as titles from other European literature less present in the Slovenian book market. However, in the opposite direction, the translation of Slovenian authors into Spanish is even scarcer, so the publishing house has also been very active in this direction in recent years, focusing mainly on titles of current Slovenian children’s and young adult literature.

The publishing house’s projects also include reading promotion and training activities, as well as collaboration with various institutions within the framework of different publishing and research projects. We pay special attention to vulnerable groups, especially readers with dyslexia: all our books are designed according to the recommendations for readers with dyslexia.

I would say that this is a sensibility that is not so much interested in the mainstream, in fashions, but rather wants to reflect the richness of the world around us. The motto of our company reads «more than a publishing house» because we are not interested in publishing books that have a safe reception, but in giving voice to quality, to what is different, to what goes beyond the book as a product. Of course, the quality of the book as a product is also important, but throughout our ten years of experience, we have also been very excited about finding ways to reach vulnerable groups. In Slovenia, we are often told that our books bring a new sensibility and I think that is also why we have met along the way several very valuable collaborators: translators, authors, and illustrators with whom we have been able to establish an ethical dialogue that has enriched us all.

As far as editing is concerned, what part of the book creation do you enjoy the most?

The materialization of the ideas: giving a concrete form to the text and the translation, the creation that has to do with the design, and then the phase of creating the reader, the contact with the reader. Observing how the printed words acquire their voice and listening to the silence of the little readers at the end of the reading. It is a privilege to be part of this process.

Which book/books are at a disadvantage compared to others in your publishing house?

What book would you have liked to publish that is already in another catalog?

One Hundred Years of Solitude and some poetry books, many of them still with possibilities of being published by Malinc.

What is the book that took you the longest time to get and for which you didn’t throw in the towel?

The process of getting a title is usually quite long because in a small publishing house it is always difficult to decide and choose. Then sometimes there are situations where we can’t match with the rights holders or it’s hard to find them. I don’t remember any particular title, but the process is always quite long.