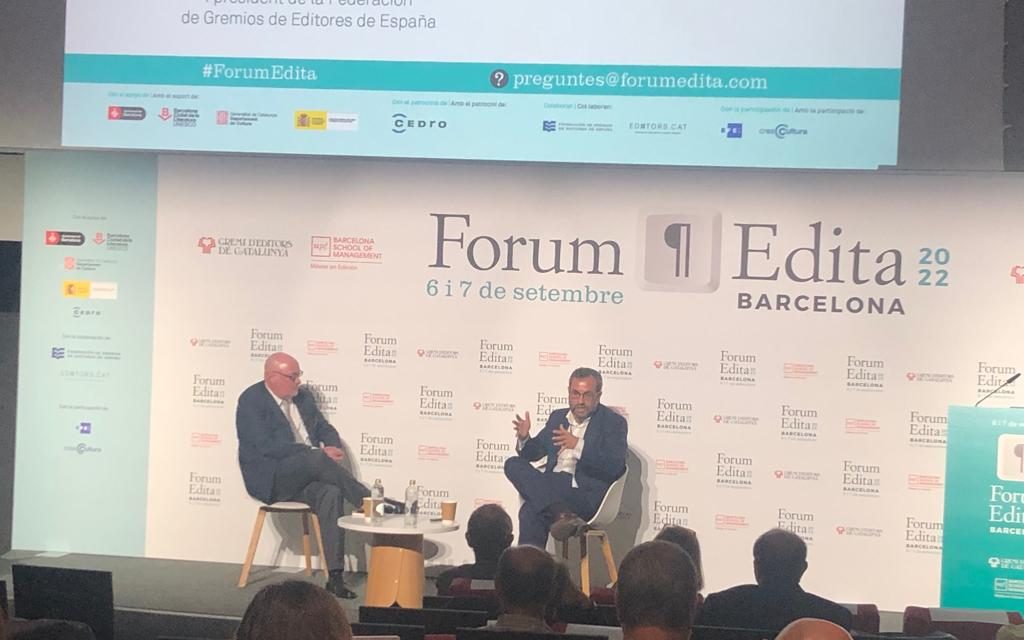 «The metaverse can work in favor of the publishing sector», says Silvia Leal, an international expert in technology on the last day of the Forum Edita Barcelona.

The Forum Edita Barcelona, organized by the Gremi d’Editors de Catalunya and the UPF Barcelona School of Management Barcelona and presented by the journalist Antonio Iturbe has culminated its seventh edition with more than five hundred participants in a day in which the emphasis was placed, among other topics, on the possibilities of the metaverse and the challenges facing intellectual property.

Silvia Leal, an international expert in technology and advisor to the European Commission has been presented to explain the cognitive possibilities of the metaverse. «To understand the metaverse you have to read two science fiction novels that inspired its creators, Snow Crah by Neal Stephenson and Ready player one by Ernest Cline.» «The metaverse can go in favor of the publishing industry, in Ready player people gather to watch movies or to read. In the metaverse, writers can present their works or interact with readers. If the metaverse has been inspired by books, it is not going to do away with them,» he assured.

Ibán García del Blanco, member of the European Parliament, and Daniel Fernández, president of CEDRO and the Federation of Publishers’ Guilds of Spain, stressed that Brussels is now the great battlefield in the fight against piracy. «What Europe is doing is demanding responsibility from the big platforms,» explained García del Blanco.

Cristina Gallach, the commissioner for the Alliance for the New Language Economy, promoted by the Spanish Government, presented the PERTE plan, which focused on Recovery, Transformation, and Resilience to modernize the country with European funds. «If we do not invest in language, and new technologies, we could regress before languages such as English», she stressed.

Izaskun Arretxe, director of the Institució de les Lletres Catalanes and Montserrat Ayats, coordinator of the National Plan for Books and Reading in Catalonia, presented the project promoted by the Government of Catalonia, which will be based on three main axes: promoting reading habits, increasing the rate of reading, and especially reading in Catalan. Currently, they explained that the average reading rate is one book per quarter per citizen.

Luiz Schwarcz, founder of Companhia das Letras and author explained in a video interview what the world of publishing is like in Brazil. «Success for a publisher is to be invisible, it is based on showing the writer and the text,» he said. 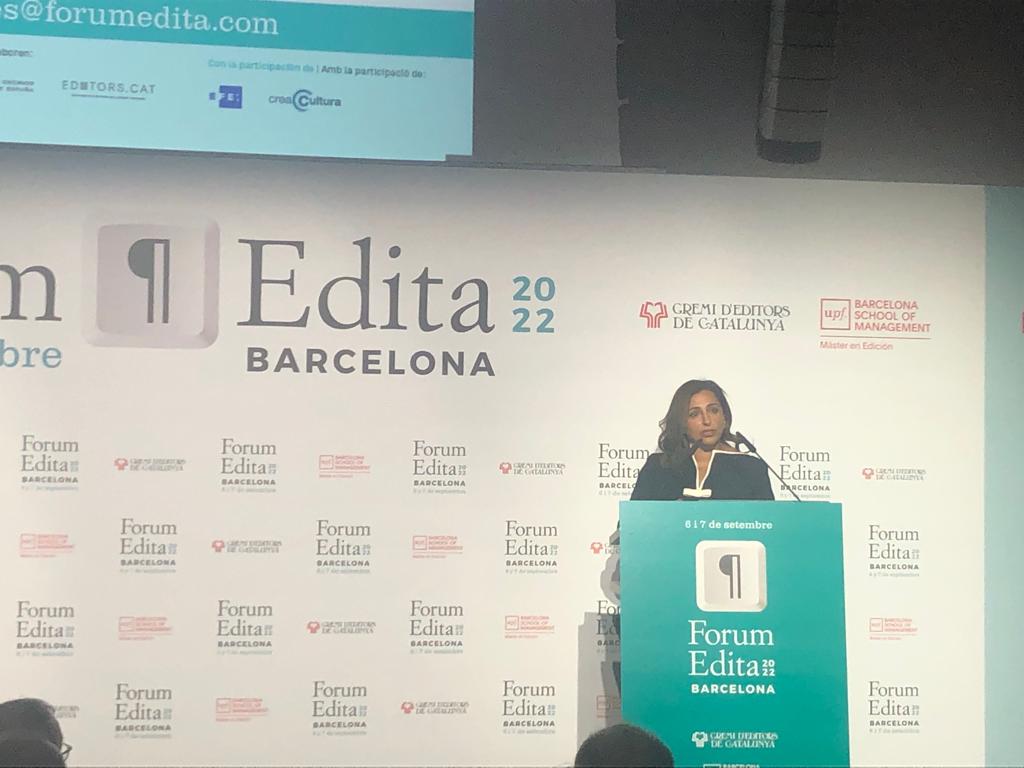 Bodour Al Qasimi, president of the IPA (International Publishers Association) gave the forum’s closing speech, focusing on the «resilience» of the sector. «In the publishing world we are flexible, but above all we are stubborn and we will not throw in the towel. No publishing market alone can face the challenges of the future; collaboration is essential. We have to form a common front with a unified vision,» he concluded.

During the two days of this year’s Forum Edita, debates have also been proposed on the literary vocation, and the rise of comics and graphic novels, while stressing the importance of scientific books, in addition to addressing the challenges of environmental sustainability facing the sector, as well as the impact that the digital wave continues to have. It was also explained how Spain’s presence will be as a guest of honor at the Frankfurt Book Fair, in whose pavilion (which will be called The Theory of Cherries) 185 guests will participate during the five days of the fair.