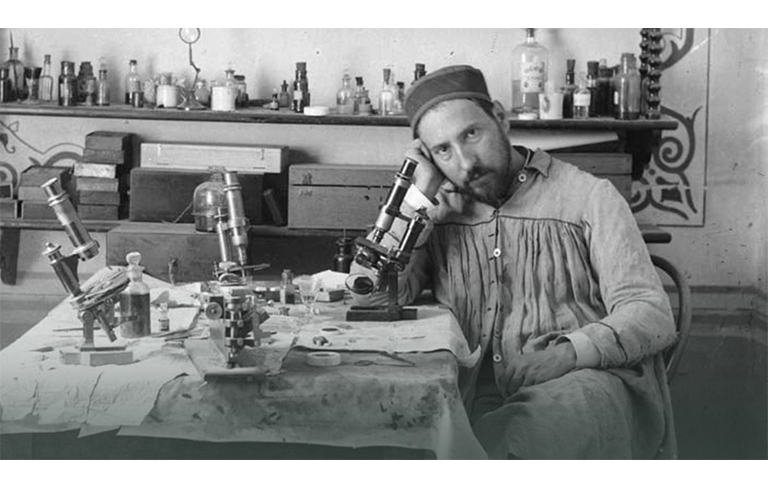 The Aragonese Writers Association (AAE) has begun 2022 with new projects and the consolidation of existing ones, such as the commemoration of the Year of Ramón y Cajal.

Among the activities organized for the coming months is the commemoration of the Year of Ramón y Cajal (Petilla de Aragón, Navarra, 1852 – Madrid, 1934), winner of the Nobel Prize for Physiology and Medicine in 1906. This humanist, in addition to being a scientist, is closely linked to Aragon, since he lived in Ayerbe and studied Medicine at the University of Zaragoza.

This year marks the 170th anniversary of his birth and the centenary of his retirement as a professor. The tribute paid to him by the AAE will begin on March 14 in an event to be held in the Caja Rural de Aragón building in which the writers José Luis Corral and Luis Ferruz, both professors at the University of Zaragoza, will remember Ramón y Cajal in his most unknown facet: as a writer.

Thus, on a date yet to be determined, a recital of micro-stories about Ramón y Cajal by different writers of the AAE will be held at the Ámbito Cultural of El Corte Inglés in Zaragoza as part of the already existing cycle Los escritores hablan (Writers Speak).

This year the III Encuentro de la Trashumancia will also be held. This meeting between Spanish-French poets will be held in May in Jaca, with the collaboration of the Ateneo Jaqués. A meeting that aims to strengthen cultural ties between these neighboring countries through literature.

As it is already a tradition, around April 23 will be held at the City Hall of Zaragoza the public reading of the work of an Aragonese author, which this year will be dedicated to the writer Luis Bazán and in which people from the political, social, and cultural life of the city will participate. It is organized by the Municipal Board of Education and Libraries and the Aragonese Writers Association (AAE) and this session celebrates World Book and Copyright Day.

Another cycle that begins is Literature and Women, coordinated by Elena Laseca, which will consist of a conversation between a journalist and a writer. The first session will be held on Monday, February 21. Ana Segura will talk with Pilar Aguarón Ezpeleta and on March 23, Carolina Millán will talk with Ana Alcolea.

This last session and the next ones of the series will be held in the Assembly Hall of the Cultural Headquarters of the San Jorge University in Zaragoza (Plaza Ariño), with which the AAE has signed a collaboration agreement for the activities of the association, as well as events organized jointly.

The Aragonese Writers Association maintains an excellent relationship with different public and private cultural spaces where it organizes its galas, congresses, presentations, cycles and collaborates as an association in the development of other activities. It maintains a continuous relationship with public spaces such as the IAAC Pablo Serrano, the Pablo Gargallo Museum, the Library of Aragon or private spaces such as the Caja Rural de Aragón, the Ámbito Cultural of El Corte Inglés and La FNAC.