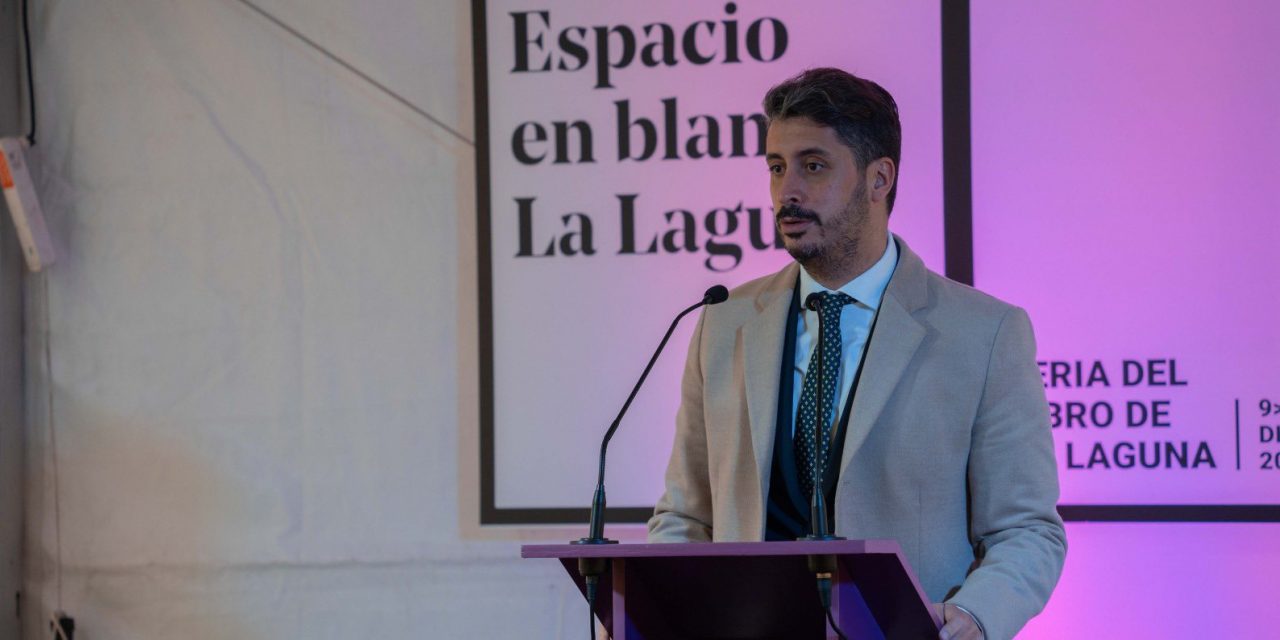 La Laguna hosts until next Sunday a new edition of the Book Fair, a cultural event that will bring together a hundred authors, twenty exhibitors and will feature many activities to promote reading.

The goal of this fair is to have a regional event in 2022. Therefore, the mayor expressed the satisfaction that La Laguna is hosting again after the pandemic a fair of these characteristics in the municipality and stressed the idea that «to talk about Culture in the Canary Islands is to talk about La Laguna». After thanking the support shown by the Government of the Canary Islands for the celebration of this event, he invited «the island of Tenerife to come and visit us, to bet on reading and our authors and to support our bookstores».

From the General Directorate of Commerce, David Mille highlighted the role played by «booksellers, who are one of the sectors that has had the worst time in this pandemic and that for years has been dragging a series of threats», among which he cited the large digital platforms, large surfaces or electronic media «occasions like this are essential to value a fundamental commercial activity because booksellers sell culture, knowledge, experiences.  Today, setting up a bookstore is a business of the few and of the brave,» he said.

For his part, Juan Márquez, who began his speech with a few words of remembrance for the novelist Almudena Grandes, reiterated the commitment of the Government of the Canary Islands in the promotion of reading. «This year we have invested around one million euros in the development of the 2019 law regulating libraries and reading. We have launched a program for the purchase of new bibliographic funds for the entire network of public libraries in the Canary Islands, in collaboration with the municipalities», with the particularity that such purchase must be made in bookstores of proximity, as a way of supporting the sector.

Juan Márquez defined La Laguna as «one of the cultural capitals of the Canary Islands. They are always allies when it comes to considering culture as an engine of diversification and local development» and he expressed his gratitude «to the booksellers and the City Council of La Laguna for always betting on culture».