Lawrence Schimel and Layla Benitez-James team up on new project 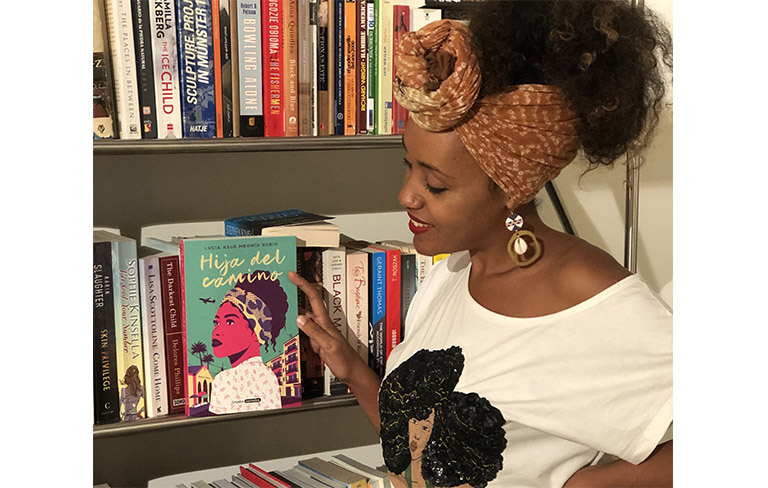 Award-winning translator Lawrence Schimel will work on a project with Layla Benítez-James: the translation of Hija del camino, the first novel by a writer of African descent from Spain to be translated into English.

Layla Benítez-James joins Lawrence Schimel to support the Spanish translation of Hija del camino, by Spanish writer, reporter and filmmaker Lucía Asué Mbomío Rubio. Her first novel, Daughter of the Road, explores Afro-European identity and follows a young woman moving between countries and cultures. It will be the first novel by a writer of African descent from Spain to be translated into English.

In Layla Benítez-James’ own words, «the support from the National Endowment for the Arts crystallizes my career as a translator, allowing me to devote time and attention to further creative and linguistic growth. The translation is what saves me when I lack my own words, and translated literature has opened up my world far more than I could ever travel.»

In addition to appreciating the literary qualities of Daughter of the Road, Layla is excited to be working with Lawrence Schimel, whose award-winning translation of the novel La Bastarda of Trifonia Melibea Obono was the first book by an Equatorial Guinean writer to be published in English translation. «Lawrence has dedicated his time and mentorship, without outside support, over the past year to help me build my career as a translator, and the NEA’s funding of our project brings new life and excitement to our partnership. This grant will allow us the time and space needed to complete the novel, as well as make it possible for us to travel and work on the novel in person and collaboration with Lucia Asué Mbomío Rubio.»

Layla Benítez-James is the author of God Suspected My Heart Was a Geode but He Had to Make Sure (Jai-Alai Books, 2018), selected by Major Jackson for Cave Canem’s Toi Derricotte & Cornelius Eady Chapbook Award. Benítez-James has served as director of literary outreach for Madrid’s Ciclo Autor Unamuno and edited an anthology for the Desperate Literature poetry festival. She has published poems, translations, and essays in Black Femme Collective, Virginia Quarterly Review, Latino Book Review, Poetry London, Acentos Review, Hinchas de Poesía, Waxwing, and Asymptote Journal Podcast. Reviews of contemporary poetry can be found at the Poetry Foundation’s Harriet Books.

This project will be carried out in collaboration with Lawrence Schimel, whose translations from Spanish have won the PEN Translates Award (twice), the Cliff Becker Book Translation Award, and has been a finalist for the Lambda Literary Award, the Thom Gunn Award, and the Eisner Award, among other awards.