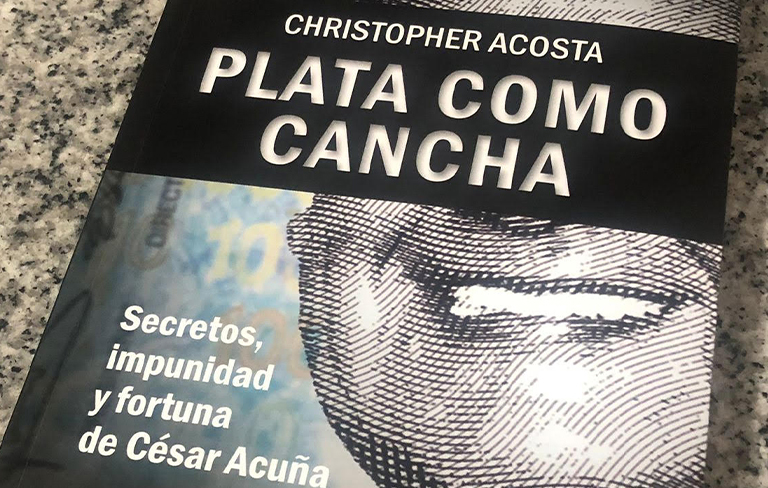 The IPA supports Penguin Random House Peru CEO Jerónimo Pimentel and author Cristopher Acosta following the chilling defamation sentence handed down on Monday, January 10, which sentences the three to fines of US$100,000, and the CEO and author to just two years suspended prison terms.

The defamation case was brought by Peruvian businessman and politician César Acuña following the publication of the unauthorized biography Plata como cancha. The case pursued not only the author and the publisher but also the CEO of Penguin Random House Peru, Jerónimo Pimentel, who was given a two-year suspended prison sentence and a fine of US$100,000 by the judge of the Thirtieth Criminal Court of Lima, Raúl Jesús Vega. The author, investigative journalist Cristopher Acosta, received the same sentence.

Kristenn Einarsson, chair of the IPA‘s Freedom to Publish Committee has stated that «defamation cases are used to silence authors and publishers. The severity of this sentence and its inclusion of the CEO of a publishing house will cast a dark shadow over freedom of expression and freedom to publish in Peru. The international publishing community fully supports the publisher and author in their appeal.»

As reported by El País (Mexico), the case concerned 30 specific passages from the book, which went on sale in February 2021 and is now in its seventh edition (and will remain available).

Juan Papier, the senior researcher at Human Rights Watch of the Americas, commented on Twitter that the «defamation» ruling «contradicts international obligations on freedom of expression.» «It must be reversed,» he called for. For its part, the IAPA statement deplores the «serious sentence in Peru that affects press freedom», because lawsuits by public figures and criminal proceedings against journalists continue to be used as a way to stop the dissemination of critical and public interest information. The organization, which groups more than 1,300 media owners in the hemisphere, asked the Peruvian Congress for a regulation to stop criminalizing journalism in crimes against honor. The chairman of the IAPA’s press freedom committee, Carlos Jornet, said that «when it comes to public figures, criminal actions transgress international jurisprudence and tend to have a discouraging effect on freedom of expression and press freedom».

Penguin Random House Peru stated the sentence, as did the Peruvian Book Chamber.