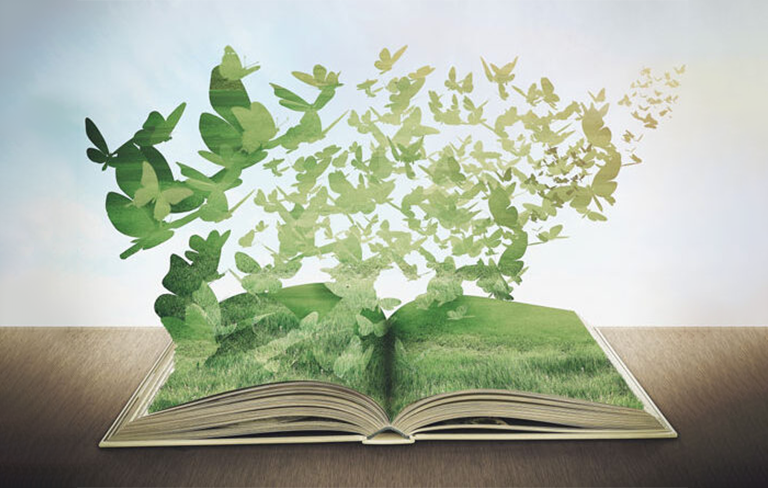 Book ecology is a topic that is being discussed at all conferences and major meetings of independent and non-independent publishers today. The sector is going through a crisis, not only economic but also paper and board.

The Green Book Agreements suggests an important change that testifies to a new awareness of the ecological emergency. Publishers, booksellers, associations, and libraries are competing with each other in their projects and actions in an attempt to apply to the book industry the aims that are being pursued by society as a whole. What actions are the players in the sector proposing and at what stage are they at? With what tools, on what scale, and on the basis of what measuring instruments is this being developed?

State of alarm in the book sector

Awareness extends towards all segments of the book industry. «Even at this time of tension linked to the paper shortage, ecology has not been forgotten, perhaps even for the first time,» says Olivier Blanche, CEO of Terre Vivante, a pioneer of practical ecology for more than forty years.

Initiatives are spreading throughout France and the rest of the world. The number of declarations and commitments is skyrocketing. Since 2019, most professional associations have publicly positioned themselves in favor of the environment.

Last October 27, the Syndicat National de l’Édition (SNE) issued an Environmental Charter for book publishing. This thirteen-page guide aims to give professionals the keys to implementing concrete actions. «The aim is for everyone to have a certain level of understanding, to show the good actions already undertaken and to highlight the levers for improvement,» explains Pascal Lenoir, president of the SNE’s Environment and Manufacturing Commission and production director at Gallimard.

A month earlier, the International Publishers Association (IPA) and seven other professional bodies announced their joint commitment to make climate action a priority. On that day, the signatories announced in a joint statement the start of a series of discussions. «We have the power, as publishers, printers, booksellers, librarians, authors, and educators, to have a much more direct impact on sustainable development,» said Bodour Al-Qasimi, president of the IUB in the preamble to the first meeting at the last Frankfurt Book Fair.

In October 2020, the United Nations invited publishers to commit to a set of ten actions to move towards a more sustainable and equitable future by 2030. Since then, three Anglo-Saxon groups – HarperCollins, Penguin Random House, and Bonnier Books – have announced their goal of becoming «climate neutral» by the end of this year.

The environmental emergency does not only affect publishers, far from it. All links in the chain are concerned about the issue. The Syndicat de la librairie française (SLF) consolidated its Environment and Sustainable Development Commission at the end of 2019, followed earlier this year by the Association des bibliothécaires de France (ABF). Born from the meeting between author Marin Schaffner and bookseller Anaïs Massola, an Association for Book Ecology was founded two years ago.

A host of initiatives

Although official declarations are becoming more and more common, many professionals are already innovating in this field and devising solutions to reduce the environmental impact of their activity. From the eco-design of published children’s books to green labels, to waste reduction, as at the La Procure bookstore in Tournai or environmental awareness workshops at the Canopée des Halles media library. Examples of initiatives suggested in recent years by the various players in the book industry.