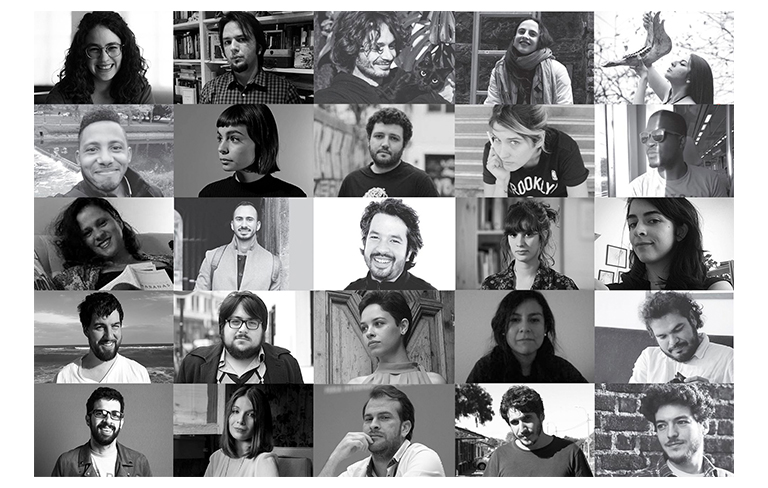 One of the great events in the literary world, both in English and Spanish, is the publication, every ten years, of the GRANTA list announcing the selection of the best young Spanish language narrators.

We spoke with Valerie Miles, editor of Granta, who tells us that this year «the pressure was very great because in English the publication was number 155. That’s why we needed to allow them to enter the selection, on the condition that they knew how to write under the pressure that comes with it. That’s the thing about entering a selection: you go through certain difficulties. The authors had to «perform» even though they knew they could be left out».

In collaboration with the English magazine Granta, its Spanish edition announced this year the opening of the process of the second selection of «The best young Spanish-language storytellers» in the wake of the one released in 2010, also in simultaneous editions from London, New York, and Barcelona.

Every ten years since 1983, the English magazine chooses twenty young writers as representatives of an emerging generation and places them on the map of the current narrative. The first English list featured for the first time the voices of Salman Rushdie, Kazuo Ishiguro, Ian McEwan, William Boyd, Shiva Naipaul, Rose Tremain, Julian Barnes, and Martin Amis, among many others.

This year 2021, Granta called from its headquarters in London and Barcelona to all writers, publishers, literary agents, and unknown friends to submit the candidacy of young Spanish-language storytellers.

About the issue of the magazine

Valerie Miles goes on to tell us that «the issue of the magazine is not organized alphabetically, but functions as an artifact; where the voices, themes, and forms of narration create an experience. We started with Mónica Ojeda and closed with Cristina Morales. This was done expressly because Monica makes use of musical language, as a call to generation, while Cristina ends it with a K.O. Between both writers, many things happen (the texts of the rest of the selected writers), but it was clear that these writers had to open and close the issue».

The editorial director adds that «this year we were looking for a jury that knew the traditions well but was not so active as to read the press. We were looking for a jury that read blindly and looking for talent. Away from the best-seller lists. We, from the editorial staff, also look for literature from the artistic expression: language is not only communication but also artistic material. So we looked for a level of writing that wasn’t just what the public understands.»

According to Miles, editor Diana Vreeland always said not to give the public what the public says they want, our job as editors is to give them what they don’t know they want yet. «In art and literature, throughout history, authors like Melville or Clarice Lispector, for many reasons were not known in their time. Sometimes artists are a little ahead of their time.» And that’s how Granta’s editor feels about this year’s 2021 selection.

The mission at Granta is to address this. The editorial staff works with a very different idea of time than the rest of the workers in the sector or readers. They are based on the durability of things and, for this reason, probably, the selection has come out this way: motivated by talent and originality.

In the introduction, written by Valeria Miles herself to this issue of Granta we can read:

«When in 2010 we unveiled Granta’s first Spanish-language selection, Prospect magazine wrote: «Spanish treasures an ancient and rich literary heritage, but it is also interesting what is happening now. And for a simple but important reason: literature is much more than the mere act of reading. It has to be a conversation. Our conversation began in 2003 and the first thematic issue, which offered both unpublished works in Spanish and writings from the London magazine, was entitled El silencio en boca de todos (Silence on everyone’s lips). Susan Sontag distinguished us with an unpublished piece (with her death the following year we lost one of our most notable advocates and readers), Guillermo Cabrera Infante, Arthur Miller, Javier Marías, Bernardo Atxaga, Fernando Aramburu, Alma Guillermoprieto, Alberto Ruy Sánchez, Edgardo Cozarinsky and Belén Gopegui accompanied her.

Another substantial difference between this selection of 2021 and that of 2010 is that many of these young writers pay special attention to the sonorous qualities of written language. We sometimes refer to a writer’s distinctive style as his or her «voice,» often as a cliché or as a synonym so as not to repeat the word «writer» so many times in a text. The compositional concern for capturing the more subtle intonation and idiomatic turns of phrase in different geographic areas is now very prominent. In the 2010 list, on the other hand, if you rearrange the stories geographically and remove specific markers it is not easy to distinguish the nationality of the writer. This does not happen now. And I am not only referring to the dialogues, but to the gradations that are also heard in the third person narration. The «neutral» Spanish -metropolitan or nomadic- is renounced to capture the exuberance of cadences and melodies, of timbres and tonalities, but always betting on naturalness, without rococo affectations».

«It is important to make known people who have even been discoveries for us, such as the very young writer Irene Reyes Noguerol».

For this issue, they were in search and capture of writers who write beyond success, who was in conversation with tradition but who wanted to break and undo it.