Goethe-Institut paves the way to Frankfurt 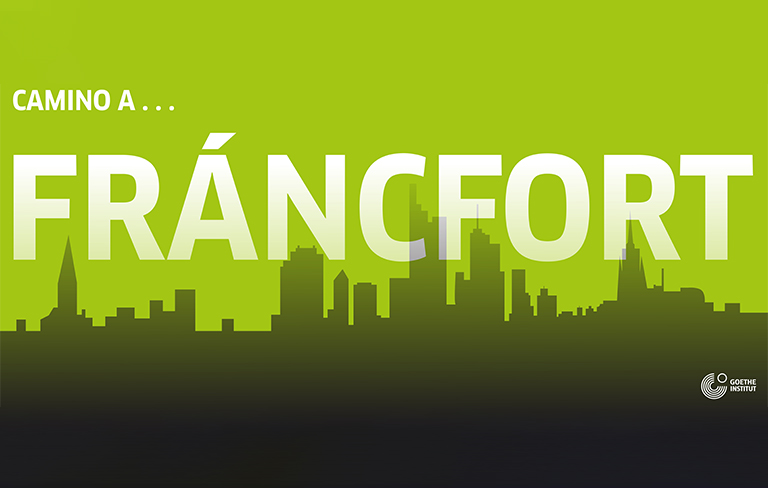 Goethe-Institut has presented a cultural program celebrating the election of Spain as a guest of honor of the Frankfurt Book Fair 2022.

Goethe-Institut proposes a program that is articulate in close collaboration with Spanish institutions and cultural agents around themes such as feminism, historical memory, post-colonialism, and youth.

The presentation of Camino a Frankfurt was also attended by Elvira Marco, curator of Spain Guest of Honor at the Frankfurt Book Fair 2022; Isabel Izquierdo, director of Programming at Acción Cultural Española; Silvia Herreros and Silvia Nanclares, writers and directors of the podcast En tu feria me colé; Mateo Feijóo, artistic curator of FLIPAS; Anne Weber, writer and participant in the Literary Encounters; and Juan Gómez Bárcena, author and participant in the Translation Residencies. The event ended with the presentation of the dancer Rymon Zacharei «Rayboom», accompanied by the music of the CALMA collective, both present at FLIPAS 2021.

«Both the Goethe-Institut and the Embassy of the Federal Republic of Germany attach great importance to the appointment of Spain as Guest of Honor Country at the Frankfurt Book Fair 2022, three decades after its first election in 1991. An invitation that underlines the relevance of the bilateral relations of both countries and deepens their cultural ties». With these words, the German Ambassador Wolfgang Dold welcomed the presentation of The Road to Frankfurt, held this morning at the Goethe-Institut Madrid. «With Road to Frankfurt, we propose an interdisciplinary program that builds and strengthens long-term ties between artists, creators and citizens of Spain and Germany» explained Antonia Blau, director of the Goethe-Institut Madrid about the extensive program of activities with which the institution will celebrate the election of Spain as a guest of honor at the Frankfurt Book Fair 2022.

«The Goethe-Institut’s mission as a physical and virtual space for dialogue, as well as the long experience of its Madrid and Barcelona offices in promoting translation and exchange between authors, artists and the public are ideal conditions for highlighting the fruitful relations between different cultures, the mutual influence between different forms of artistic expression and the fundamental role of translations in the European cultural scene. This occasion also provides an opportunity to establish and consolidate cooperation with public institutions, publishing houses, foundations, associations, and other civil society actors for the future.»

Activities of the Goethe-Institut

The Goethe-Institut is initiating a series of co-productions in close collaboration with the Ministry of Culture and Sport and Acción Cultural Española (AC/E), which will involve major figures in the German and Spanish performing arts. All these collaborations will delve into the themes that converge in the residencies, podcasts, or the literary and film series.

In addition, the Goethe-Institut Madrid is preparing a Literature Festival to be held in autumn 2022, before the Frankfurt Book Fair. The event, which will bring together literature festivals from all over Spain, will focus on the exchange and dialogue between German and Spanish authors, translators, and publishers.