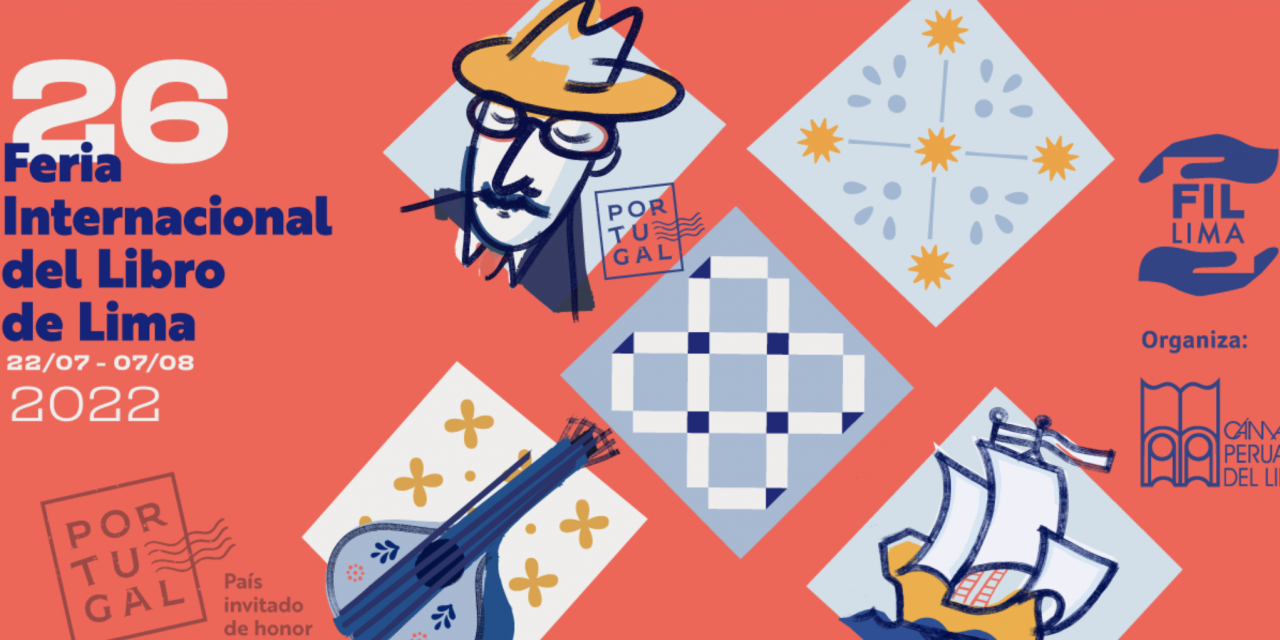 Peru’s most important cultural and publishing event returns to the fair after two years and, with it, joins the return of the most important book fairs in Latin America: Guadalajara, Buenos Aires, and Bogota.

For this year’s edition, FIL LIMA 2022 will offer more than 140 stands with the largest publishing offer of the year; in addition to a cultural program that exceeds 600 activities for all audiences: adults, young people, and children. The expectation to once again live the #ExperienciaFIL is growing among the public during 17 days will be able to attend book presentations, round tables, and recitals, as well as enjoy the expected concerts at the end of the day at the fair.

The fairgrounds will also have six auditoriums, an open-air concert area, and a food court with food trucks in the open field. The public will be able to purchase tickets at the fair’s ticket offices and online from Atrápalo’s digital platforms. Among the different types of tickets on sale, FAN FIL is back; a special ticket for those book fans who want to enjoy the fair to the fullest with a series of benefits: admission during the 17 days of the fair, a personalized credential, and access to exclusive activities, among others.

Even with the return of the FIL LIMA, the Peruvian Book Chamber has arranged for compliance with the sanitary regulations still in force. One of the measures, for the strict control of capacity, is that the tickets for sale have a «single date» so that the public can also better plan their visit and avoid crowds on the busiest days (weekends and holidays).

The organization has also stipulated that seats in the auditoriums must be adequately spaced; likewise, the use of face masks will be compulsory for entry to the fairgrounds.

In 2022, Portugal will be invited again as a guest of honor. The nation of Fernando Pessoa and Luís de Camões will have a special stand at the fairgrounds, where the public will be able to learn more about its culture, access its wide range of publications, and enjoy some presentations organized by its embassy in Peru.

Portugal’s presence at the fair is also represented by a delegation of twelve guests, including José Luís Peixoto, a great representative of contemporary Portuguese literature, whose novels have been translated into more than twenty-six languages. He was awarded the José Saramago Prize (2001) for his novel Nadie nos Mira, among other awards such as the Daniel Faria Prize and the Sociedade Portuguesa de Autores Prize, for his poetry collections.

Adélia Carvalho, educator, editor, and writer of children’s books, an international reference in children’s literature; the winner of the European Union Prize for Literature (2012), Afonso Cruz, who is also a writer, illustrator, musician, and filmmaker; Ana Filomena Amaral, novelist, historian and translator who comes to FIL LIMA to talk about history in literature and how to narrate certain events.

Another member of the Portuguese delegation is André Letria, a well-known illustrator in the United States, Korea, Spain, and Italy and the founder of Pato Lógico, an independent publishing house that publishes writers and illustrators. Another well-known writer in the world of children’s books is Carla Maia De Almeida, a journalist who writes about children’s books for LER magazine, where she also translates. The novelist and children’s storyteller, David Machado, one of the most outstanding Portuguese authors of his generation and winner of the European Union Prize for Literature (2015) joins this gala of writers.

Also participating will be Fernando Évora, author of short stories, fiction, and historical novels, who is essentially considered a splendid storyteller; Jerónimo Pizarro, Colombian researcher, critic, editor, and professor specializing in literature of Portuguese expression, especially in the poet, and writer Fernando Pessoa (he is a researcher of the Pessoa Chair and co-editor of the magazine Pessoa Plural).

Luís Novais, professor, writer, essayist, and researcher of intercultural relations and cultural history, is director of the Chair of History of Portuguese Culture at UNMSM. He has lived in Peru since 2012. He was a correspondent of the Portuguese weekly Expresso and is currently the cultural attaché of the Portuguese embassy in our country. Margarida Vale De Gato, professor, and researcher, for more than two decades, has been translating Portuguese authors such as Dickens, Poe, Twain, and Jack Kerouac, among others.

Finally, Lauren Mendinueta, poet, essayist, and translator with dual Colombian and Portuguese nationality, visits us. From Lisbon she develops an intense work of dissemination of Latin American poetry, as well as the translation -to Spanish- of Portuguese authors; she is considered one of the most important poets of her generation in Latin America.

The FIL LIMA retakes its condition as a space for the convergence of thought, discussion, and exchange of ideas. The program explores the cultural, social, and humanistic context through thematic axes called FIL Specials. As in previous editions, the following are still present: Literature, Literature for Youth and Children (FIL Joven and FIL Niños), Important Dialogues, History and Society, Comic Salon, and Tributes.

In its 26th edition, FIL LIMA incorporates tables on Theater and Society, as it is a tool that not only develops creativity but also memory; Diversities, masculinities, and feminism, topics that question social, political, and cultural structures in our country -and around the world-, in the face of a set of demands that are still pending. The axis of Trilce, one hundred years, brings together tables around one of the masterpieces of César Vallejo -and of Peruvian literature- which celebrates its 100th anniversary of publication.

Latin America and Spain will have a major presence in the cultural program. Some of the writers joining us from Bolivia will be Edmundo Paz-Soldán, one of the most representative authors of the Latin American generation of the 1990s, who will be at FIL LIMA to explore the influence of urban realism in Latin American literature and short stories. Another exponent is Liliana Colanzi, a Bolivian writer chosen among the 39 most outstanding Latin American writers under 40 years of age by the Hay Festival Cartagena, who will carry out activities related to the Latin American short story.

Andrés Mauricio Muñoz, one of the most outstanding writers of recent years, will visit us from Colombia. As well as Héctor Abad Faciolince, a Colombian novelist and journalist, whose works have been translated into several languages.

Ecuador will be present at FIL LIMA with María Fernanda Ampuero, Ecuadorian writer and journalist, who served as manager of the José de la Cuadra National Book and Reading Plan. In this role, she organized the XII International Book Fair of Quito in December 2019. She is joined by Solange Rodríguez Pappe, Ecuadorian professor, and writer of a short fantastic narrative.

Among the representatives from Spain, David Roas, a Spanish writer and literary critic, who specialized in fantastic literature, will share round tables on literary criticism and noir novels. Once again, Juan Casamayor, founder of Páginas de Espuma, an independent imprint that is a reference in the short story genre in Spanish, will visit us.

From France, Romain Dutter, screenwriter of graphic narratives and French cultural mediator, will be offering round tables on literature, cinema, and the importance of images for literature and other media.

Mexico will be represented by Cecilia Eudave, writer and Ph.D. in Romance Languages (Montpellier, France), as well as professor and researcher at the University of Guadalajara. We are also, visited by Mexican visual artist and writer Mariana Palova, author of the urban fantasy saga La Nación de las Bestias. A great exponent of fantasy literature.