Eva Orúe: «I will respect the essence of the fair, but I want it to gain in ambition» 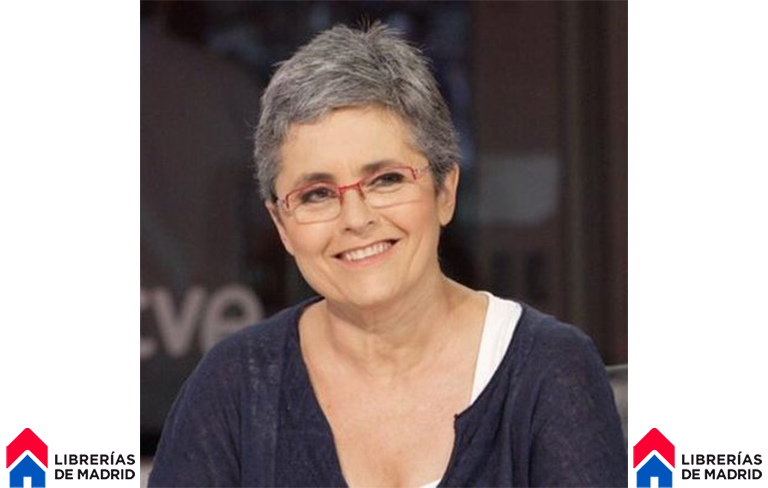 The Madrid Bookstore Guild has chosen Eva Orúe to be the new director of the Madrid Book Fair. This inaugurates a new cycle that runs from 2022 to 2024.

As the legal and organizational entity of the Book Fair, the Madrid Bookstores Guild began a selection process on November 12 that has culminated with the election of journalist Eva Orúe (Zaragoza, 1962) as the new director, a position she will hold as of January 1, 2022.

We have contacted Eva Orúe. She is the new (and first woman in history) director of the Madrid Book Fair. From her, we can highlight her curiosity, humility, and sweet character, but very well forged. As she says «I am not worried about the antipathy that may be generated by any negativity derived from the position».

She was born on the opening day of the fair, at the end of May, already predestined to assume the position. She is backed by thirty years of career as a journalist since she started with Luis del Olmo in Barcelona, then as a correspondent and upon her return to Spain and after working for Onda Cero and more, she founded in 2006 her communication company that we have followed attentively all these years: Ingenio de Comunicación.

Eva Orúe, first of all, many congratulations. This news makes those of us who know you from the publishing sector especially happy, as you have always been very attentive to the world of books.

Thank you, the truth is that I am very surprised by the amount of support and congratulations I am receiving, but not only from the book world, from all the sectors in which I have worked.

Tell us, how did you turn out to be the new director of the fair?

Well, it is the first time that the guild organizes a congress with the proposal, and I ended up going out. I was advised by an editor and a bookseller whose name I will not tell, but I was not sure, I was thinking about it for a month until my colleague from Ingenio (Sara Gutiérrez) finally convinced me. I had to go through a selection process by sending a resume, a letter of motivation, and support. There I was already surprised by the amount of support I received and the responses of enthusiasm in all areas, from the media, the Academy, institutions, the publishing world, booksellers… I was very surprised. And, well, in the end, they chose me.

Is the whole committee moving or is it just the management that is changing?

My right-hand man will be the secretary of the Madrid Bookstore Guild, organizers of the fair. Yesterday I had my first meeting as director, although I won’t officially take over until January 3, and I still don’t know the whole team.

What do you think of the controversial management of last year’s fair and the awkward distribution by aisles?

That was remarkable. The priority is that we were not left without fair another year, and it was fulfilled. You have to understand the circumstances.

Do you have any changes in mind for 2022 fair, the guest country…?

We don’t know anything yet what I can say is that the next fair will be normal, the guild guarantees the infrastructure with the usual extension, the same distribution of booths, entrance rules, etc.

About this last point: many independent publishers complained last year about their low visibility, relegated to a passing zone. What do you plan to do with the smaller publishers who cannot afford to be members of the guild? Or so many others that are dedicated to poetry, always a precarious task, will they also have their place, or will they receive some kind of help?

What I am going to tell you are not empty words: my bet is for sustainability and diversity, but I also want to gain in ambition. Some publishers do not have a minimum fund to have a presence and they join together to have a space, and I intend to help them, because, respecting the essence of the fair, which is to sell books and that readers can be in contact with the authors, I will bet on ambition and include whoever I can: the more diversity, the more sales we can have and the greater number of authors will be able to meet their readers.

In her long career in the media, she has combined press, radio, and television, has worked in magazines and news programs, has been a correspondent (the United Kingdom, France, and Russia), and a talk show host. Orúe has also worked as a cultural manager.

Until she was appointed director of the Madrid Book Fair, she co-directed Ingenio de Divertinajes, a communication and content agency, as well as working with the main television channels in half the world. She has worked with authors, publishers, and bookstores, as well as with institutions and NGOs.

Eva Orúe will be the first woman to assume the direction of the Madrid Book Fair in its 80-year history. In her own words, «it is an opportunity and a challenge». And as a great connoisseur of its dynamics, she is convinced that «the economic and social transcendence it has for bookstores and publishers is evident; the conversation between authors and readers, a unique possibility». Respectful of the work done by those who have preceded her in the position, she adds: «we must preserve this legacy of incalculable value and work to enhance it: the fair must be ambitious, sustainable and diverse».