Editorial Barrett: «We are attracted to proposals that depart from what we have already published. We want to be surprised, that’s all» 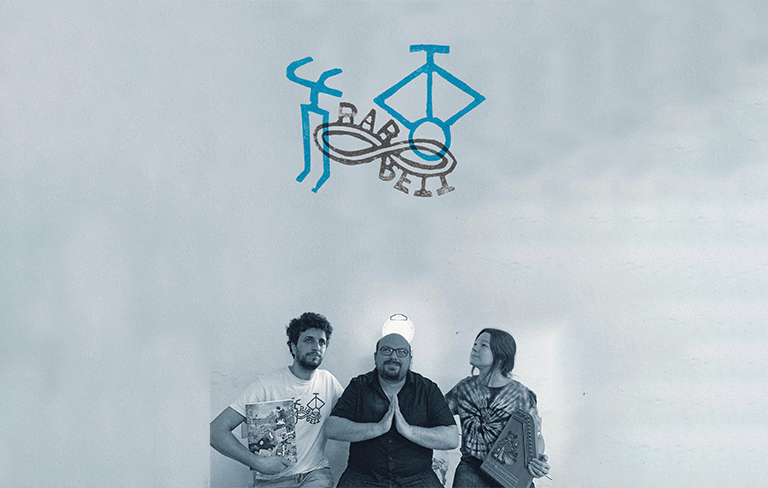 We talked to the Editorial Barrett team, Manuel, Belén, and Zacarías after the Cálamo awards.

Taking advantage of the fact that Elaine Vilar Madruga, author of La tiranía de las moscas (ed. Barrett) has been awarded the Cálamo Prize for Best Book of the Year. A necessary interview, moreover, after the international success of Panza de burro, by Tenerife author Andrea Abreu.

Is Barrett Publishing House one of the most powerful independent Spanish-language publishers in Spain at the moment?

Where does the idea of having someone else edit/accompany an author a year come from?

«This year the editor will be the singer Julieta Venegas, we wanted to look for a recommendation from a reader and Julieta reads «a lot and well».

It is with Andrea Abreu and Sabina Urraca with whom this practice begins to shine more because of the impact of Panza de Burro everywhere, how do you select the people who will guide a book during its edition in your publishing house?

You’re right, with Panza de Burro everything exploded but we have to say, even if it sounds like a grandmother’s compliment, that the whole collection of «Editora por un libro» is really good and it has been a pleasure to discover those books. Read them, dammit. We chose these publishers because for us they have been a reference for different reasons. We love Patricio Pron, especially the titles he gives to his books, Sara Mesa, Cristina Morales… This year the editor will be the singer Julieta Venegas, we wanted to look for a recommendation from a reader and Julieta reads «a lot and well».

La tiranía de las moscas has been a book edited by you and Cristina Morales, how was the process of creation of the work? Are you involved in the processor is the author who accompanies the other author, in this case, Elaine, the one who is in charge of all the seed until it becomes fruit?

Each editor for a book has been involved as much as she wanted. Sabina Urraca’s work was exquisite, as she was Andrea’s teacher, and the connection was direct. The involvement is different and always really valuable in each case. For us, it has also been a very useful learning experience. Elaine Vilar is an author with a great trajectory as a writer, both Cristina and us contributed ideas and suggested some changes that Elaine accepted with pleasure. When the workflows are as a team, the result is always good.

This practice of editorial accompaniment reminds me of an editor for a year of Caballo de Troya or what the poetry publisher Letraversal has just announced with its award, which publisher would you recommend that to? Would you like to be a book companion for a different publisher than yours, to try a different aesthetic or style?

Of course, we haven’t invented anything new, we copied a little from here and a little from there and twisted it so that it would have our style. We don’t recommend much, let each one do things the best she knows how and that’s it, succeed. And, of course, we are delighted to participate in new things together with other publishers. If there are proposals, we are here with six ears.

«We are attracted by proposals that move away from what we have already published. We want to be surprised, that’s all.»

In the summer of 2021 there was a lot of commotion with the proposal of NO manuscripts that you carried out during 5 days approximately, how many proposals were you able to receive? What style were you looking for or what did you have in mind at first?

Was there a commotion? (laughs). Two years ago we launched the proposal for only 24 hours and we received almost 200 proposals, so calculate what arrived in five days… The trick, for better and for worse, is that we are not looking for anything, there is nothing set in stone, but (it may seem strange) we are attracted by the proposals that move away from what we have already published. We want to be surprised, that’s all. We received very interesting proposals, a lot of people doing very good things, but we have seven gaps in the catalog…

How has your life changed after the success of Panza de burro and now La tiranía de las moscas?

We are still the same more or less normal people, with a small decent salary, we can continue publishing our children’s line, with the feeling that if you work hard, and are constant, cultural projects can work (maybe it’s a false feeling but it’s nice to have it), our relationship with the printer flows much more, also with our distributor, with bookstores, with journalists, etc., even with our friends who have never read a book, and now ask what the next one will be.