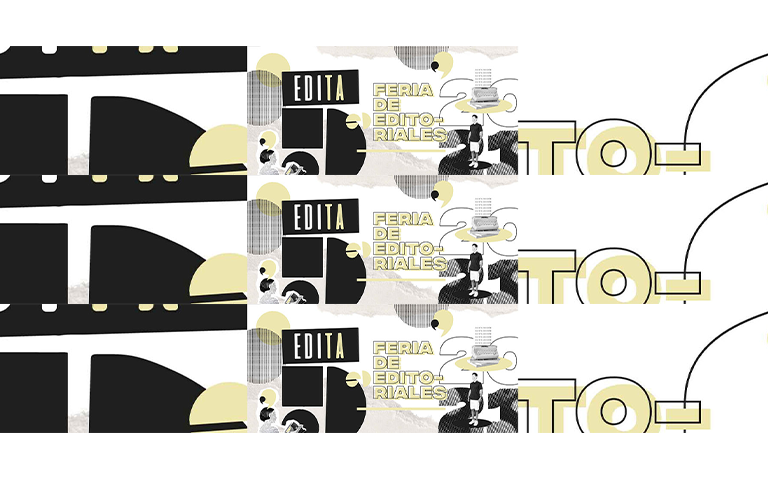 The 5th Edition of EDITA will be held on Saturday, December 4, and Sunday, December 5 from 3 to 9 p.m., outdoors and in the vicinity of the Museo Provincial de Bellas Artes Emilio Pettoruti, located on 51st Street between 5 and 6 in the city of La Plata.

EDITA is a fair of independent publishers that are held annually in the city of La Plata and despite being a young fair, it has become the most important literary event in the region. The first two editions were celebrated at the C. C. Alborada, in 2018 it had to move to the Art Center of the UNLP to host 80 national and Latin American publishers and receive more than 2,500 visitors.

This fair is considered as a festive movement that gathers experiences of visuality and reading, of the collective encounter around the objects we create to make spaces in a thick jungle, -that’s what the social networks of this festival self-define- so it happens in El Espacio Todo, in Malisia, in Papel Cosido, throughout the University of La Plata, in the Perambulante, in every fair they attend.

Malisia is a space in a continuous expansion that has EDITA as an annual celebration of daily work: a fair of publishers that encompasses a multiplicity of projects, voices, actions, and identities, where you can learn, appreciate and deepen on the infinite ways of assuming the edition in our time, in our territories and with the tools we have and that we are creating.

It a fair that since 2016 always find new actors with whom to walk this path. This year, it is accompanied by the Ministry of Production, Science and Technological Innovation of the Province of Buenos Aires, Recreo, and the Provincial Museum of Fine Arts Emilio Pettoruti. Also, for the third time, the publishing house Papel Cosido of the Faculty of Arts and the National University of La Plata. We are supported by Gestionar Futuro and the National Ministry of Culture.

But above all, in EDITA more than 130 publishers will be participating in this edition, writers, writers, and artists; and thousands of readers who since April 2013 have been building together with the publishing team.

iVoox: The unstoppable growth of podcasting in Catalan
Report on young people and reading by the Germán Sánchez Ruíperez Foundation
Carlo Carrenho is the honoree of the PublishNews 2021 Awards
The success of the Buenos Aires Independent Publishers Fair during the second wave of contagions