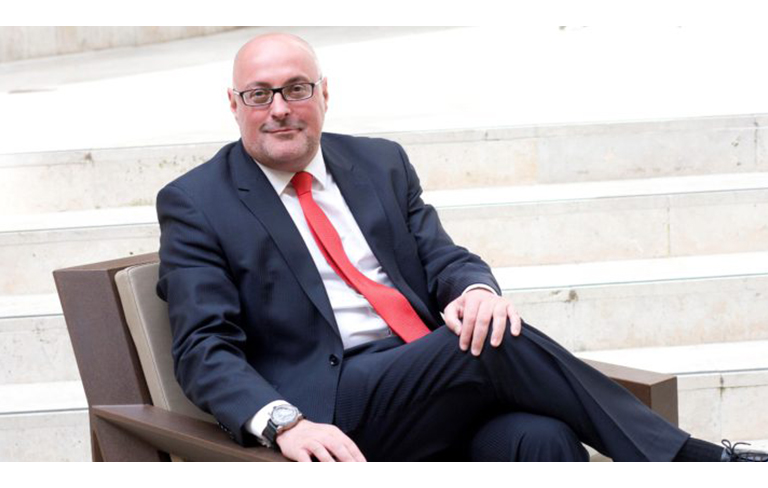 Daniel Fernández assumes a new position: he has been proclaimed president of FEDECALI. The recently elected president of the Federation of Publishers’ Guilds of Spain also tells us about the new related challenges.

From Publishnews we have the exclusive of this news so relevant for the book sector. Recently unanimously elected president of the Federation of Publishers’ Guilds, Daniel Fernández, the brand-new publisher of Edhasa and president of CEDRO, assumes one more responsibility: presiding over FEDECALI (a non-profit association made up of the Chambers of Books of Catalonia, the Basque Country, and Madrid).

«I am negotiating a Plan for the Promotion of Books and Reading, a plan that for the first time does not depend on the government of the day, but that will remain in force in subsequent legislatures, that will become an Education Plan.»

First of all, Daniel, congratulations. You add a new position to your CV. The confidence in you from the entire book industry is overwhelming. How are you going to organize yourself? You are also an editor and contributor to La Vanguardia.

Very grateful but, as always, keeping in mind the many things to do. The only thing that changes is my schedule, that I do life between dentist, giving appointments even to talk on the phone, carny, and showman.

It helps a lot the experience, when I presided over the federation 4 years ago it was a very complicated internal moment and I created a chamber in which everything converged, the Spanish Chamber of Books and that facilitates the work. The most important thing now is to defend the current framework, that the Berne framework is respected, which since the Industrial Revolution had not been assaulted as it is being assaulted by the big technology companies and, therefore, we urgently need to protect the works and that the authors have the means to control who, how and under what conditions their work is used. We need a single voice to make this force.

Well, now is not an easy time either…

Yes, we have overcome the crisis in the sector, there has been a great increase in readership that has been maintained, but of course, now we are living in times of pandemic and war.

What interests us most: what new challenge have you undertaken with the Federation of Guilds?

As I told you when I took office, I set myself the goal of fulfilling the Social Pact for Reading, but counting on all the administrations and political parties, so I am negotiating a Plan for the Promotion of Books and Reading, a plan that for the first time does not depend on the government of the day, but that will remain in force in subsequent legislatures, that will become an Education Plan. Societies that read more are those that prosper more economically, spiritually, and individually. With this plan, there will be more social and economic progress in Spain.

«The most reading societies are those that prosper most economically, spiritually and individually».

Book sales, as seen in the balance of the year have grown more than 20%.

Yes, but what worries me is another figure, that 35.6% of Spaniards do not read, they do not buy a single book and that distances us from Europe. We have to reduce that figure as much as possible.

FEDECALI, assuming as its own the aims and objectives foreseen in the Statutes of the Chambers of Books, has been specifically entrusted with the following missions to facilitate their fulfillment:

The unitary and joint representation of the different national chambers and associations before the public administration of any scope, autonomous entities, and legal or natural persons of public or private character.

The coordination and empowerment of the common interest managements that are entrusted to it by the diverse national chambers and associations.
Although the federation will not have lucrative or speculative purposes, it will be able to execute all those activities, services, or operations, whether commercial or not, that is of collective interest to the federated national chambers and associations.