All about «Diccionaria una»: glossary of new words or meanings of existing words for naming women’s words 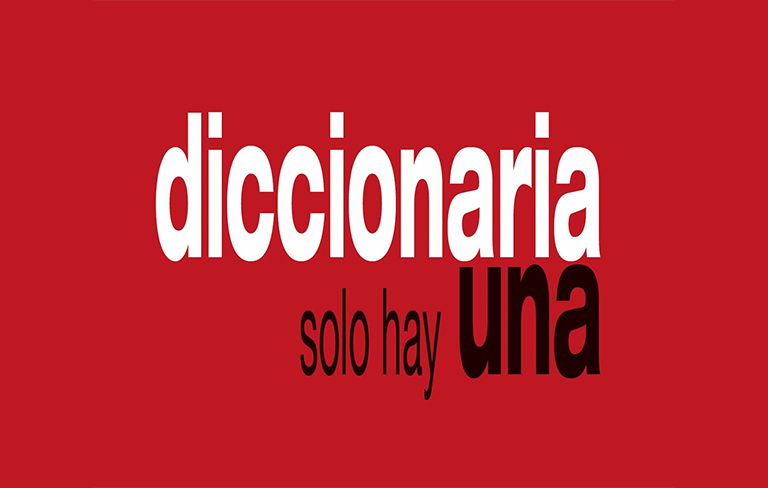 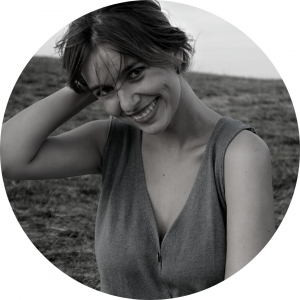 Inés Martínez García is a defender of books that, despite not being recognized by specialized lawyers as plagiarism, have suffered or are suffering a clear «copy-paste» by books from other publishers, since the former has a unique or overflowing quality. On this occasion, we will talk about «Diccionaria una», without resorting to people who denigrate it or who are inspired by the publication to profit but to enhance a book that has a lot to say.

A few months ago we talked with Gema B. Palacios, doctoral candidate, writer, and president of the Association of Genialogies. She shared with Publishnews the news of the launch of Diccionaria una, a glossary that compiles terms for female realities for which we had no name.

The president of the association said it clearly in the interview: «in our recently published Dictionary one, we define Genialogías as:

1. Agora of women poets who recognize, value, and name their origin and tradition.
2. Imaginary place that seeks space in the real topography; it is logos of the genia and it is opening and revision of the logos.
3. House of women».

Diccionaria una is a book created to name what never had a name, what was never registered, what society did not allow to expand formally, or rather, in a politically correct way. Dictionary one gathers words that designate realities obviated by the patriarchal culture.

The newspaper El Mundo published a news item about Diccionaria una: «the glossary gathers 181 words such as «biopresa», which explains the disorientation produced in women by biological changes throughout life; «cuidadicio» as the vice of taking care of others in excess; or «fresca», which is now a cheerful woman who has rejected social conventions. The dictionary is the result of four years of work by the poets of Genialogías, a work that has been done with the objective of «naming with freedom, fluency and grace, with pleasure and meaning» existing realities but which lack a name».

On the other hand, El Salto also gathered strength and interest and published: «the phrase fell like a stone in the water and splashed all those present at that meeting of the association of women poets Genialogías in 2017. One of them said what many felt firsthand: ‘My world is full of things that have no name’.» Four years later, the collective has published a book tool that wants to satisfy that need to invent words to designate realities that affect women but that, until now, have lacked definition, a term to name them. And what is not named does not exist, as is well known».

She continues: «the discrimination of women in culture, that bias that Genialogías fights against, is historical and for García Bujarrabal «has to do with the silencing of female voices that begins in the classical texts with Telemachus telling his mother Penelope to shut up, which continues for centuries in our literary tradition. There is a wonderful essay by Clara Janés, Guardar la casa y cerrar la boca, which opens with a quote from Fray Luis de León: ‘because just as nature […] made women so that, locked up, they would keep the house, so it forced them to keep their mouths shut. It is something inserted for centuries in our western culture, in the Bible with the expulsion of Eve from paradise, also in the idea of women as the source of all evil in Pandora. I would speak of patriarchal culture, which goes beyond the RAE and the Government of Spain.»

Inspirations in the industry

When we talk about writing or music, if it is subtle, it is accepted and even venerated, praised with words such as «oh, your work has bits of…»; but when it comes to something that moves money, everything is seen differently.

This is not the first time this has happened, nor will it be the last. Publishing houses, production companies, large companies, that profit from ideas of companies with less reach or with fewer resources to be able to sell massively (or so they believe) the products in which, let’s say -and to be politically correct- they have been inspired or with which they have seen the light of a new path.

If we talk about plagiarism -let’s use the word inspiration from now on-, we only have to look at the academic world. According to Sandra Timal López, a student at the Universidad Autónoma de Puebla, Mexico: «the practice of plagiarism in the field of research is frequent. It is an unfair action that violates the copyright. However, the framework in which this practice takes place lacks sanction in the face of the violation of the moral right that is intrinsic to the author of a work. Protecting the moral right and not only the patrimonial right of the creator of a work, specifically in theses, is the subject of this research».

How many times have I read on Twitter, as an editor, my colleagues complaining that other publishers or companies have been inspired by their creations (we are talking, in this case, not only about the text but also about the design of the books themselves, something that is intrinsic to the work and for which rights are also signed)? Without going any further, it happened to the same publishing house that I direct. Another big player in the market had hired a designer who had been more than inspired by the cover of another book published months ago in Libero. But there is nothing we can do about this, because it is the battle of giants against small ones, and sometimes, although we do not know it and it seems unfair and discouraging to us, a big publishing house takes notice of the work that we little ants do is a very good sign: both of taste and of using – remember, always in a politically correct way – what has happened to talk more about our books, about the creations that we have spent months producing.

The work of the poets of Genialogías for Diccionaria una tries to palliate in part this deficit of words, these silences that have struck women for centuries, giving names to women’s realities, inventing some of the words that have ever been missing.

There is no need to talk about who was inspired by what. What is important is that we know the work well done, that we look at what is always behind a new product and that we support it if it cannot be with the purchase, with the word, if it cannot be with the word, with the hands: let us applaud, let us applaud the courage of all those businessmen and entrepreneurs who see their dreams crossed by the inspiration of the great ones but who go ahead because they were the pioneers.

This association aspires to recover the spirit of the meetings between women poets that took place between 1996 and 2005 in Vigo, Cordoba, Lanzarote, Malaga, Barcelona, San Sebastian, Granada, Vitoria-Gasteiz, Montevideo and Madrid, and in which participated outstanding figures of the poetry of our time, such as Noni Benegas, Concha García, Elsa López, Olvido García Valdés, Aurora Luque, Juana Castro, Chantal Maillard, Ángela Serna, Chus Pato, Ángeles Mora, Ana Rossetti, María Cinta Montagut or Julia Barella. The Genialogías Association works to recover the voices of those women poets of our country whose names have been left in the shadows. They have been and are immense authors who, however, are unknown because their works have not reached or have not remained in the predominant literary canon.