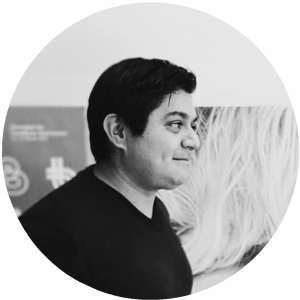 The 35th edition of the Guadalajara International Book Fair opened this Saturday afternoon. It is true that in this edition of the fair there are fewer exhibitors, the aisles are wider, many of the stands have been rearranged and have a less showy image than in previous editions, but there is no doubt that publishers, writers, and readers are coming together again with renewed energy and enthusiasm. Carlos Rojas tells us about the first steps of this edition from his point of view in the front row.

The enthusiasm for the return of the FIL was reflected in the amount of applause that more than once filled the hall at the opening ceremony, a solemn session (as always) in which the FIL Prize for Literature in Romance Languages was awarded to Chilean writer Diamela Eltit and the fair was officially declared open, marking the return of one of the most important cultural events in Latin America.

Raíl Padilla, director of the fair, surprised the attendees with the news of the death of Almudena Grandes, for whom he asked for a minute of silence at the beginning of the ceremony. It could not be said that the inauguration of the Spanish-language book festival par excellence moved towards the political but, there were clear messages of the FIL’s position on Mexico’s current public policy: there were no representatives of the Mexican government in the Presidium, but there was Lorenzo Cordova, president of the National Electoral Institute, the autonomous body responsible for ensuring the cleanliness of electoral processes, who has been accused by the Mexican president himself of not being impartial and defending privileges for a few.

Padilla also recalled that, during its 35 years of life, the FIL has known how to «face the siege of public power», ranging from censorship to the reduction in support for companies like this one, «a cut that this year has been total». He also exalted the FIL as a space of freedom and recalled: «those who oppose the autonomy of the FIL undermine it and go against the law and society».

Solemn speeches followed within the established protocol. As every year, there was great praise for the book as a tool for freedom, thought-former, and builder of better societies. There were also the usual acknowledgments from the representatives of the Peruvian delegation, this year’s guest of honor.

It was then the turn of the star writer, Diamela Eltit. A moving portrait of her books was read, written in inclusive language, in which her work was defined as a work that «demonstrates how power rages in marginalized bodies».

The author herself, dressed in black and wearing a multicolored necklace of Huichol design, defined herself as a writer who, as her mother taught her, looks at everything «from the left side of the world», at a time when the extreme right-wing threatens to take power not only in Chile but throughout the region. He took time to recall his first trip to Guadalajara when in the early 1990s he accompanied Nicanor Parra to receive the Juan Rulfo Award and listed the Mexican authors who have left their mark on his literature, our Rulfo and the two Elenas: Garro and Poniatowska.

The closing of the ceremony was given by Nicaraguan Sergio Ramirez, now exiled from his country and persecuted by the government of President Daniel Ortega. The author recalled with nostalgia that «lush forest that is my library, which has now been exiled in a house within a house».

Carlos Rojas Urrutia is a journalist and founding partner of Lecturable. He was general director of MVB Latin America, a Frankfurt Book Fair company whose objective is to share innovative solutions for the future of book marketing. He has worked in the promotion and encouragement of reading for the bookstores of Fondo de Cultura Económica, Educal, and Gandhi, where he currently serves as marketing manager.

Out there, the Mexican peso has suffered a small devaluation, and the news echoes «Omicron», a word that we will soon incorporate into our daily conversations. Inside the FIL, there are already lines of readers waiting to access the stands to buy books, and there is an unusually «normal» movement under the current circumstances. Encouraging signs in times when we aspire to return to the life we knew.

The days of professionals will come with good expectations because all those who have managed to get to the FIL have that sparkle in their eyes of a new beginning and a huge smile that can be seen under every mask.