30 book fairs from all over Spain gathered to work together 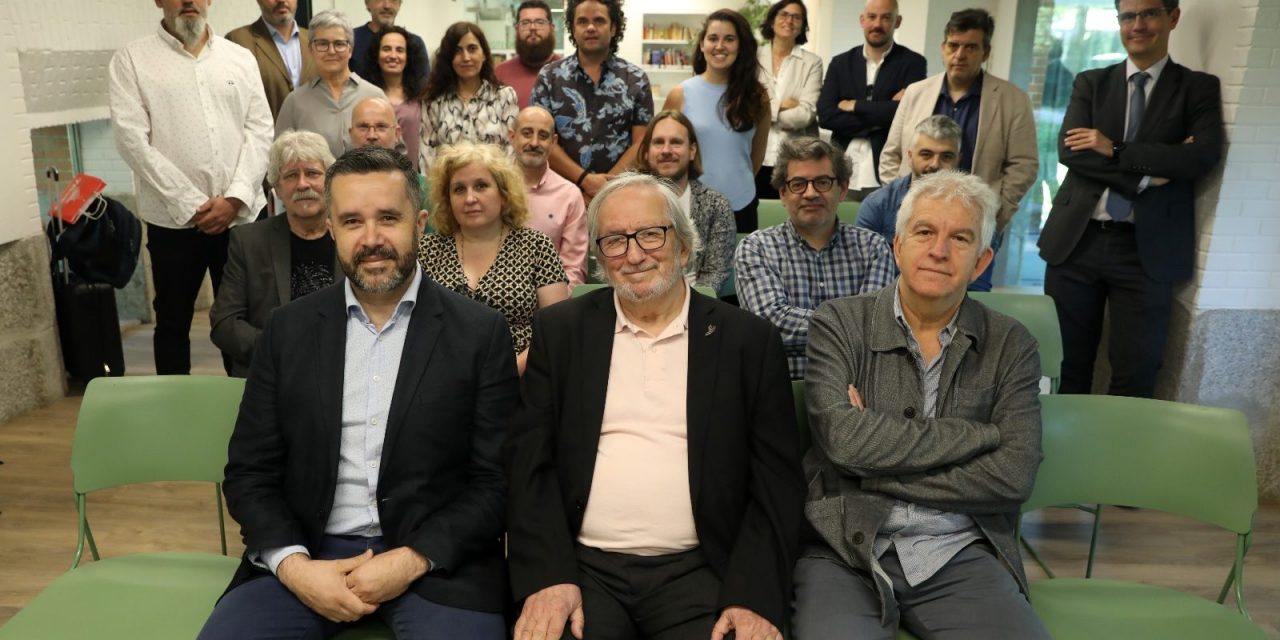 Some thirty book fairs from all over Spain meet to study the particularities of each one of them and coordinate future collaborations.

On May 26, the day before the official opening of the Madrid Book Fair, the heads of book fairs from 13 autonomous communities met at the Eugenio Trias Municipal Library in El Retiro Park to discuss their present and future and share experiences, different depending on the model, and size of the fair each one represents.

At the meeting, promoted by the host, Eva Orúe, director of the Madrid Book Fair, as an informal gathering, it was decided to maintain contact and work to find ways to establish synergies.

A fair in one day

Antonio Ramírez, a member of the Gremi de Llibreters de Catalunya, commissioner for the organization of Sant Jordi in Barcelona, pointed out that Sant Jordi «for an average bookstore represents between 7 and 10% of the year’s sales. It is the time of the year that conditions the rest». On the possibility, after this year’s experience, of extending the duration of Sant Jordi, he explained the logistical difficulties that this would entail, and given the importance, it has in the popular imagination, they consider that changing it for a fair would not work «because Sant Jordi is a festival, not a fair».

An organization that coordinates all the fairs

Ramón Domínguez, president of the Federación Librarías de Galicia, which organizes 13 fairs, commented that they are «in an internal debate about the structure of the fairs, studying what could be the perfect fit, how to continue developing attractive fairs for the general public, for booksellers, that have profitability in the economic but also in the social and cultural aspects».

«There are colleagues who think it is unfeasible to continue organizing that volume of fairs, others who say yes, that we have to respect the diversity of the community,» said Dominguez.

Fairs with a single bookstore

«We have made a single box fair, we got together all the bookstores and presented a 25-meter counter,» explained Luis Antonio Lisaso Gómez, president LAC (Associated Bookstores of Cantabria), satisfied with what has been achieved. «If you go as an association and work with the village bookstore, you support that bookstore.»

When the City Council organizes

Jesús Bárez Iglesias, Councilman of Culture of the City Council of Soria and responsible for its book fair, specialized in poetry, ventured that «perhaps the book fairs must become more specialized, it would be the way to give personality to each fair, and to generate a special movement around them».

For his part, Miguel Barrero Vázquez, director of the Municipal Foundation of Culture, Education and Popular University of the City Council of Gijón/Xixón, listed the four axes that drive its work: «promotion of reading, dynamization of the book sector, constituting an element of social cohesion and turning the fair into a focus of debate on literature, and books».

Ana Mellado, director of the Culture and Tourism Department of the Valladolid City Council, which organizes the fair in collaboration with the Valladolid Booksellers Guild and the Publishers Guild of Castilla y León, remarked that «social cohesion is sought, activities are taken to the neighborhoods, and that the advantage of public management is to be able to count on a public budget, which allows the book fair to be stable». Thus, «the public interest is served and, not only the commercial interest». But he also sees disadvantages in this management model: «that the administration has its times and the budgetary effort falls on the City Council».

David Gonzalez Romero, vice president of the Seville Book Fair Association explained the reasons why they have moved to late October: «climatological (the heat), calendar (April and May are saturated) and because we want to singularize the fair, placing it at the time of the return, the rentrée, autumn in Seville is very cultural». He also announced that they are launching HispaLit, «a festival with which we intend to feedback to the Fair».

Alfonso Salazar, coordinator of the Granada Book Fair proposed that nearby book fairs harmonize calendars to avoid overlaps. Or if these coincidences are unavoidable, to coordinate.

The difficulties of insularity

Irene Perez, president of the Booksellers Association of Las Palmas commented on the difficulties of the organization on the islands: «Boat or plane? A whole day lost in transfers. Getting an author to take a day or a day and a half to come is very difficult. We spend an important part of our budget just to bring the authors. And another problem: «Orders take a week to arrive. Some books arrive after the presentation.

Pérez invited those present to repeat the meeting in 2023 in Las Palmas.

«In addition to the problem of the ultra periphery, we have the problem of how to move between the islands,» added Mario Silva Armas, programming coordinator.

Jesús Boluda del Toro, director of the Murcia Book Fair, talked about how they manage to make their fair inclusive: «we put codes so that anyone with visual or hearing impairment can have access to information and fully enjoy the Fair».

Jorge Cabezas Montañana, secretary of the Gremi de Llibreters de Valencia shared that «the biggest signings are done in the organization so that they are in a controlled environment. There is always a bookstore that is in charge of the sale; those bookstores are chosen by lottery. We try to make the publishers go through the bookstores. There is an area for publishers, they pay a lot more and we have a big tent of Valencian publishers».

Héctor Escobar, director of the León Book Fair concluded that «the true value of the fairs is to spread enthusiasm for reading».

At the informal meeting, Jesús González, deputy assistant director of the S.G. for the Promotion of Books, Reading and Spanish Literature (Ministry of Culture and Sports), took the floor. González conveyed to the participants, on behalf of the Director General of Books and Reading Promotion, María José Gálvez, the institutional support for the initiative. «We believe that this forum is going to be a place for learning,» she stressed. «It also allows us to search for synergies. Everything that is to build in a participative way, from the Ministry of Culture is well received».