250 thousand readers at the FIL Guadalajara in person reunion 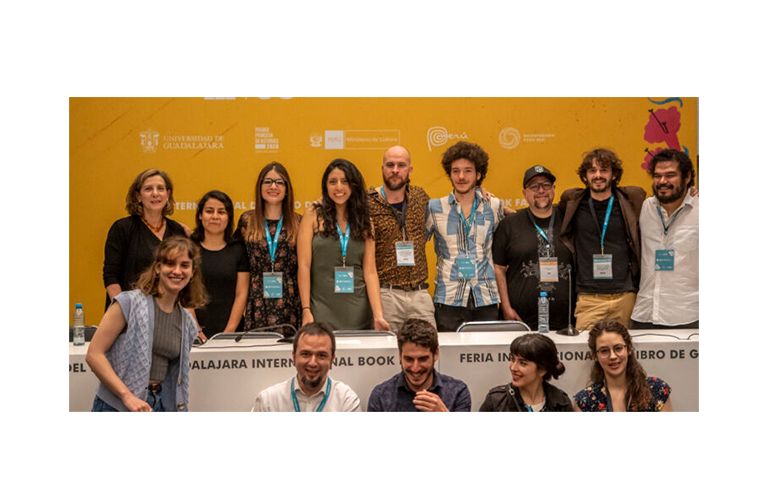 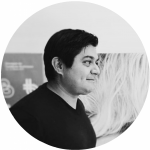 After nine days, the 35th FIL Guadalajara came to an end this Sunday, representing the return in the person of the most important book and reading celebration in Latin America. Carlos Rojas tells us about the last steps of this edition from his point of view in the front row.

The hard data provided by the FIL shows that our local industry is still not even close to recovering from the effect of the pandemic: this year, the fairgrounds received 250,000 readers; 1,223 publishers from 37 countries attended the event, exhibiting a total of 240,000 titles.

There were more than 450 presentations and more than 3,000 professionals gathered at the Expo Guadalajara forum; not negligible numbers but, compared to 2019, they are still unflattering: less than half of the usual exhibitors attended (there were big names absent from booksellers and publishers), only a fifth of the professionals who normally register participated and only half of the media that frequently walk these halls were present.

Absences were very noticeable, especially in the fair’s international pavilion, where publishers and professionals from countries such as Argentina, Chile, and Brazil were missed. Not to mention the European contingents, of which only a few representatives of the Spanish Publishers Guild, the Frankfurt Book Fair, and the Bologna Fair attended.

In any case, at times the fair seemed to take on a rhythm similar to «normal» during the days originally intended for «professionals» (Monday to Wednesday). There were business appointments, more relaxed than in other years and many times in general spaces of the expo, as many of the stands omitted in their design offices or closed cubicles.

The readers, of course, responded to the call of the FIL. In dribs and drabs, but without pause, they crowded the aisles, looked for books, and filled the spaces set aside for presentations and political, philosophical, and literary discussions. Many of the exhibitors were moderately satisfied with their sales numbers. At times, there were long lines at stands such as those of El Sótano, Gonvill, and Librería Carlos Fuentes.

There were no big announcements or surprises, but there were important representatives of politics and the media, which marked a FIL that the current Mexican government has decided to turn its back on.

Accustomed to names of international stature, this FIL was just as exciting as before, but had to draw on local talent. The halls were visited by the likes of Carmen Aristegui, José Luis Rodríguez Zapatero, Jorge Zepeda Patterson, Cuauhtémoc Cárdenas Solórzano, Lorenzo Córdova, Porfirio Muñoz Ledo, Jorge Ramos, Ricardo Monreal and U.S. Ambassador Ken Salazar, among many others.

The most important thing in my opinion is that it revived that space of plurality that keeps alive a meeting like this, where friends and enemies meet, in which every lunch, dinner, or chance encounter can become a space in which a new business or complicity is born.

«Joy of the reunion, of seeing each other again and of guessing the smiles behind the masks; for discovering that we can smile with our eyes and recognize the people who smile at us; of getting together to celebrate the great feast of books and reading.» Marisol Schulz

At the meeting with the media to take stock of this year, Raúl Padilla López, president of FIL Guadalajara confirmed that this year almost 4.5 million euros were invested, of which just over a third was recovered.

Marisol Schulz, general director of the FIL said that if it were necessary, to sum up, the nine days of the fair in one word, that word would be «joy. The joy of meeting again, of seeing each other again and seeing the smiles behind the masks; of discovering that we can smile with our eyes and recognize the people who smile at us; of coming together to celebrate the great celebration of books and reading.

Marisol also referred to the particularities of this year and praised the outstanding «participation, awareness and understanding» of the people. She informed that «the University Center of Health Sciences conducted 2,649 random tests among the visitors to recognize possible cases of COVID-19, of which all were negative».

Finally, the Fair’s director thanked the participation of Peru, which came for the second time as a guest of honor with a delegation made up of 110 publishers and 1,700 titles, as well as an exhibition of traditional Peruvian art that showed the ethnic and linguistic diversity of the South American country.

After nine days, FIL Guadalajara closed its 2021 activities and is now starting to work on the 2022 edition, which will have Sharjah as a guest of honor. The emirate will arrive in Guadalajara after its participation, originally scheduled for 2020, had to be postponed due to sanitary confinement.

Carlos Rojas Urrutia is a journalist and founding partner of Lecturable. He was general director of MVB Latin America, a Frankfurt Book Fair company whose objective is to share innovative solutions for the future of book marketing. He has worked in the promotion and promotion of reading for the bookstores of Fondo de Cultura Económica, Educal, and Gandhi, where he currently serves as marketing manager.